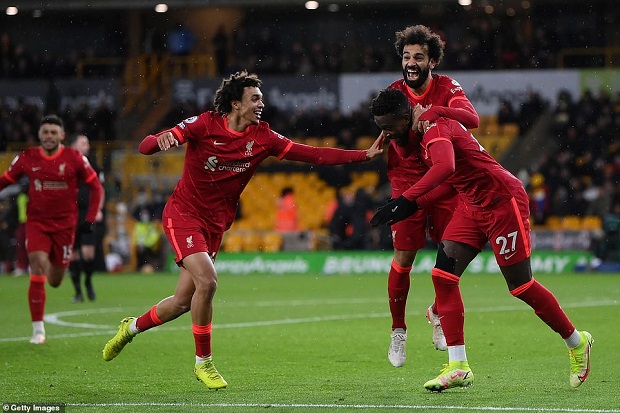 is an uncomfortable game in the local Molineux Ground, where the game pretends to be always 0-0, but the Belgian spearhead Had the opportunity to hit the net in the 90th minute + 4, leading the team to win three important points

, Klopp revealed: “Divock Origi, he is a legend, closing this game, which is a great story. He is the best striker. For various reasons, he did not play often. But I hope one day he will find a manager who can let him play more than me.”

“He is one of the best goalscorers I have ever seen in my life. In such a great team with our three harmonies He doesn’t always play. But he is a positive boy, loves the club and wants to be involved. He’s really doing unbelievable.”

“Other results are not important. We just want to win the game. We had just played three days ago, the derby game is very easy to focus on as the game of the year. Then we started running the machine again. And I like the way our fight today, “

” fucking end it. This is an extremely difficult game. We have to fight against opponents that change the way we play. Usually they are a football team. But we do not see much today, “

” They use a lot of people to get deeper. and respond with a counter It’s really hard Because no one is as fast as Adama Traore.”

“It’s a big challenge for our concentration. because we missed Diogo’s golden opportunity But you have to stay in the game. This is what we do we send chamberlain And then Divock goes down. It finally worked. And I’m really happy.”